52 per EUR
with Monetha app
ellesse is a sportswear company founded in Italy producing apparel, footwear and accessories. It has been owned by British Pentland Group since 1987.

The founder of the brand, Leonardo Servadio was an avid skiing fan, but he couldn't find the right skiwear so he decided to make his own. Originally an Italian taylor, Leonardo's mission was to break the boundaries between fashion and sport.

The brand began by manufacturing the skiwear that Leonardo had envisioned. Pioneering the innovative 'Jet Pant', Ellesse created a new ski trouser concept where the leg fit above the ski boot. Following this they created the quilted jacket, which became the new staple for the skiing crowd. Ellesse had such a reputation for quality winter sports gear that it was easy to move into tennis apparel and gain a following.

The famous 'half-ball' Ellesse logo combines a cross section of a tennis ball with the tips of a pair of skis, symbolising the brand's heritage in both of these sports. Ellesse began placing their logo on the outside of clothes, and are historically reported to have been one of the first brands to do this. It was immediately copied by other brands around the world.

Over the years Ellesse have worked with countless events and athletes, further cementing their legacy in the sportswear world. They sponsored the New York Marathon in the 1980s, several tennis players like Boris Becker, Chris Evert and Guillermo Vilas. In 1998 Jean-Luc Cretier won a Gold medal whilst skiing in Ellesse gear; the image graced the cover of Time Magazine and was a historical moment for the brand.

ellesse is now a global sportswear brand with distribution in more than 100 countries around the world and sponsors British number 1 Johanna Konta. 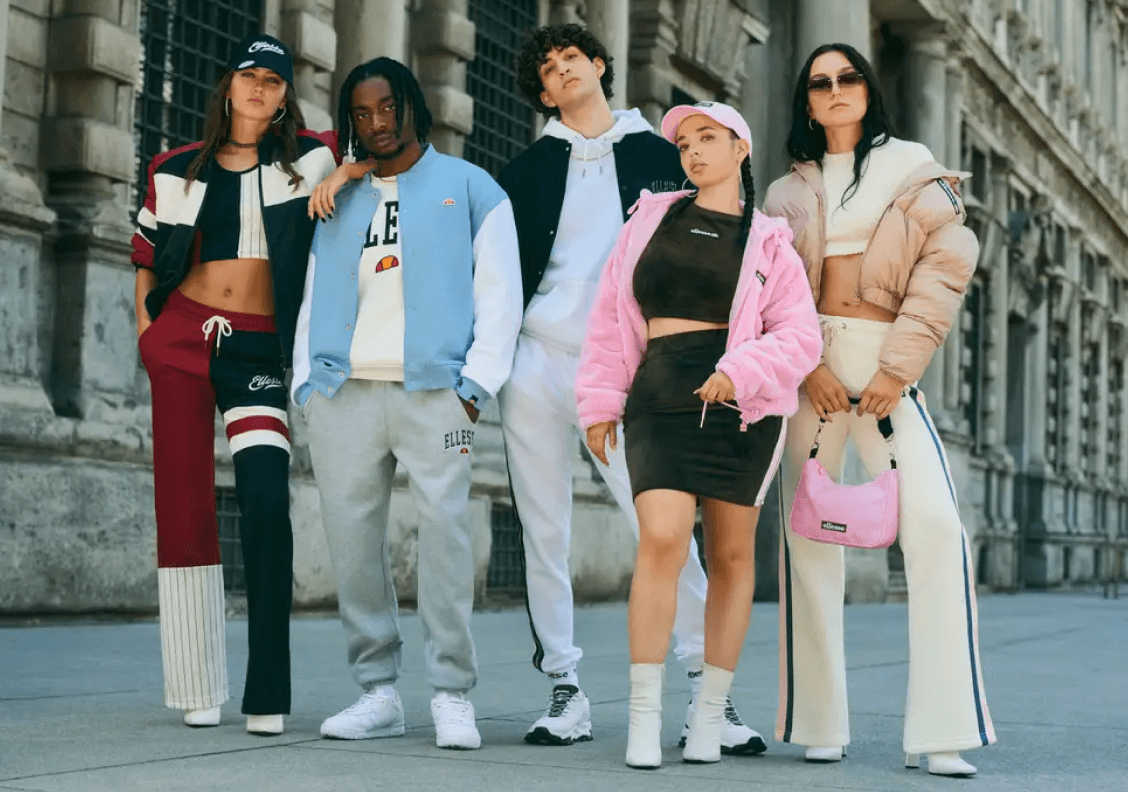 52 per EUR
with Monetha app

SHOP WITH THE APP Continue without app

Earn valuable points when you shop for goods and services at a constantly growing number of your favorite online stores.

1242 Stores and growing Earn valuable points when you shop for goods and services at a constantly growing number of your favorite online stores.

Apparel & Accessories
The North Face UK
Up to

Apparel & Accessories
11 Degrees
Up to

Apparel & Accessories
GANT Finland
Up to

Apparel & Accessories
Uhrcenter DE
Up to

Apparel & Accessories
ChromeBurner
Up to

Computer & Electronics
OKdo
Up to

Computer & Electronics
Fax.Plus
Up to

Computer & Electronics
HP Colombia
Up to

Computer & Electronics
Otterbox UK
Up to

Education & Courses
Nature Journal
Up to

Education & Courses
Premier TEFL
Up to

Education & Courses
Edueffective
Up to

Education & Courses
edX (Global)
Up to

Food & Beverages
GreenBay
Up to

Food & Beverages
Ocado
Up to

Food & Beverages
Natur.com Germany
Up to

Food & Beverages
Gewürzland Germany
Up to

Games & Entertainment
Toynk
Up to

Games & Entertainment
Eneba
Up to

Games & Entertainment
Zavvi Netherlands
Up to

Games & Entertainment
See Tickets
Up to

Health & Beauty
Humanery
Up to

Health & Beauty
Modelones
Up to

Health & Beauty
Parfimo
Up to

Health & Beauty
Rose & Caramel
Up to

Home & Garden
The Glow Company
Up to

Home & Garden
Ruby
Up to

Home & Garden
Furn UK
Up to

Home & Garden
Lampenwelt Germany
Up to

Leisure & Sports
Fox Racing
Up to

Leisure & Sports
The Funky Deer
Up to

Leisure & Sports
CAST
Up to

Leisure & Sports
Scottsdale Golf
Up to

Other
AfB
Up to

Travel & Rentals
Kiwi.com
Up to

Travel & Rentals
Trip.com
Up to

Travel & Rentals
Sightseeing Pass
Up to

Travel & Rentals
Koffer.de
Up to

Travel & Rentals
Tiqets Benelux
Up to

Vehicles & Parts
Euromaster Germany
Up to

Vehicles & Parts
ReifenDirekt Lithuania
Up to

Vehicles & Parts
Butler Technik
Up to

Vehicles & Parts
Tyres UK
Up to

Vehicles & Parts
ReifenDirekt Austria
Up to

26 per EUR
See all shops
Menu