The Ultimate Guide to Cryptography 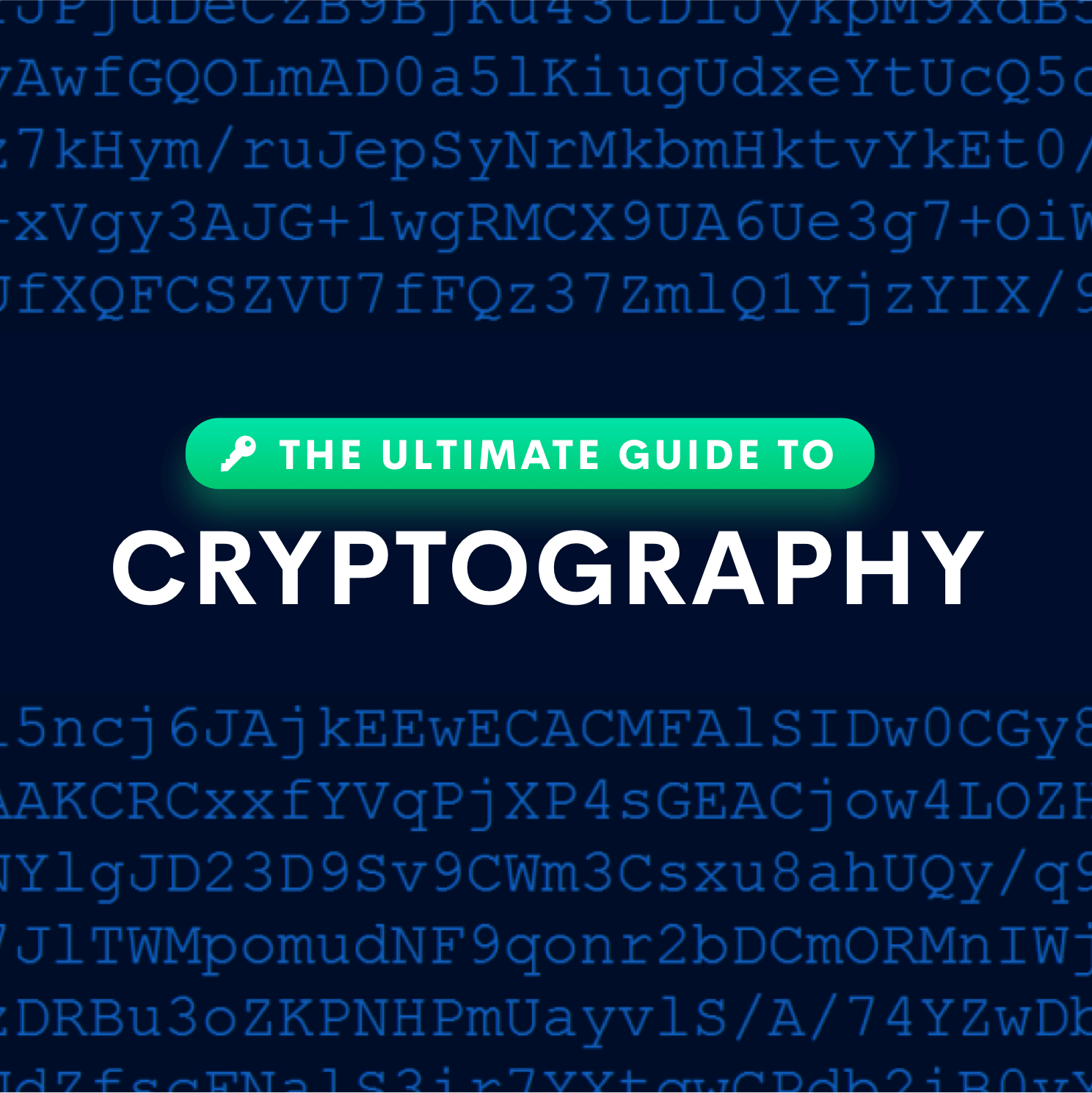 Cryptography is the process of using different types of codes to encrypt data. These codes act as a protective bubble around the data during transmission, they will be useless because they are undecipherable.

Although cryptography has become popular these days because of blockchain technology, the concept is not new. Experts surmise that cryptography was invented together with writing. The most popular form of ancient cryptography is the Egyptian hieroglyphs.

The number of keys used during encryption and decryption classifies cryptographic algorithms.

There are three primary types of cryptographic algorithms:

This type of algorithm does not use any key at all. Instead, it uses one-way encryption and is primarily used to ensure the authenticity and integrity of the information.

Some of the encryptions below are being used by a lot of people either knowingly or unknowingly to keep their data protected and ensure secure communication.

This encryption allows a person to prove his identity to another through a shared secret without listeners knowing what the secret is.

Released by the U.S. National Institute of Standards and Technology, this is the standard encryption used by the US government.

This encryption is used for secure communication over the Internet. It was developed by Microsoft and supports RSA, Diffie-Hellman, and Fortezza for key establishment. However, it failed to gain a lot of popularity and has been overtaken by TLS and SSL.

This communication protocol was developed jointly by MasterCard and Visa together with RSA, Microsoft, and IBM. It is used to secure credit card transactions over the Internet.

This type of encryption provides privacy and application-independent security on the Internet. However, the Internet Engineering Task Force or IETF has scratched it in favor of Transport Layer Security or TLS.

It is used to secure IP connections between a pair of Internet hosts using X.509 certificates. It can employ 3DES, DES, SHA-1, and IDEA. However, it hasn’t gained enough traction because of the Internet Key Exchange (IKE).

This type of algorithmic encryption authentication provides privacy for all communications happening on the Internet.

The information here is just part and parcel of cryptography. There are still a lot of cryptographic applications used in our daily lives and more complex environments. Although they are many, they serve a common purpose of creating a secure and safe exchange of information in the digital world.

PS: If you are interest on the topic and would like to know more about it, check out our blog post about digital signatures and how they work!