What Are Encryption and Decryption? 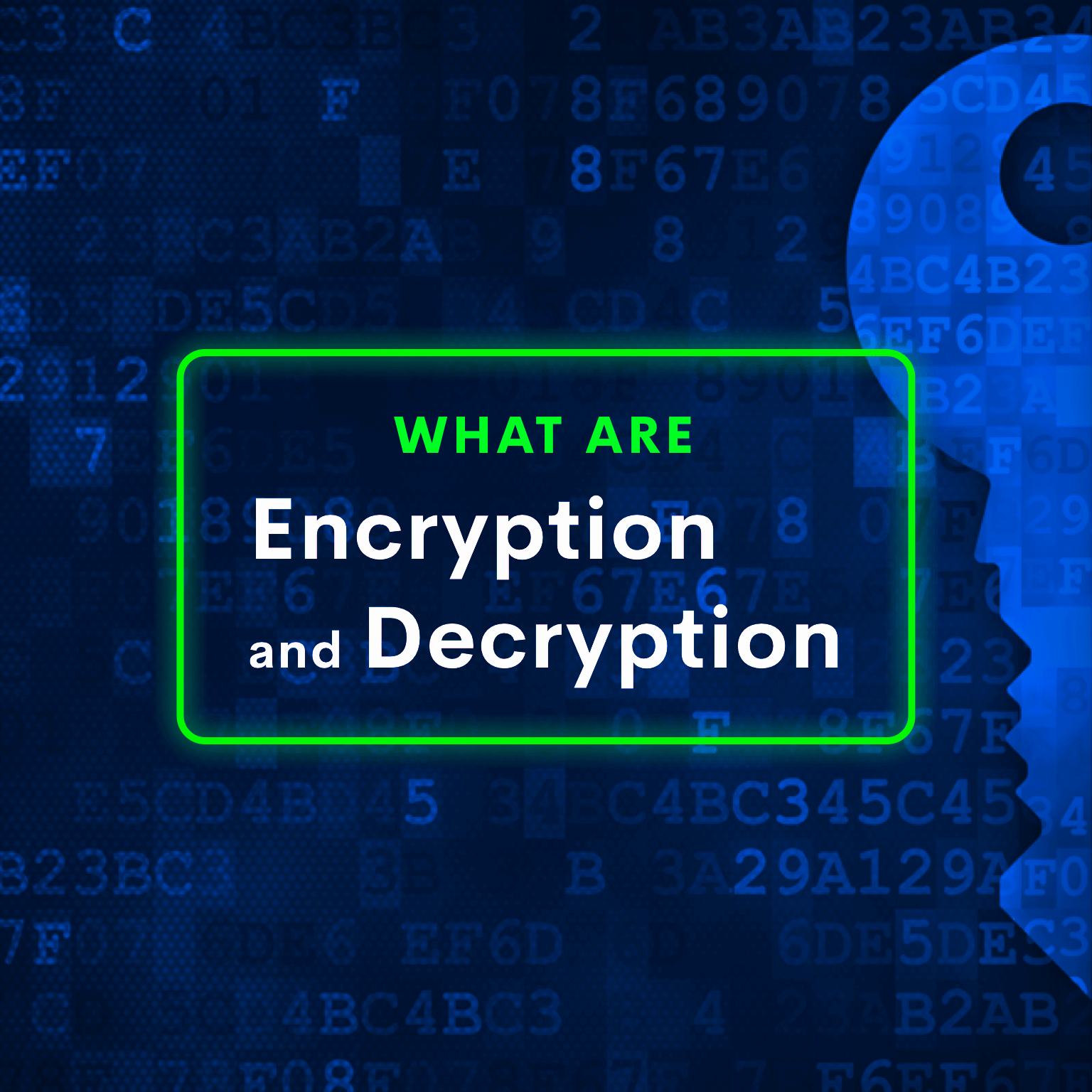 Encryption, decryption, and cryptography come from the same Greek root word, “kryptos,” which means “hidden.” Using that definition, we can surmise what the English words mean.

When you encrypt a data or file, you convert it into a secret code that remains unusable unless decrypted. Information that needs to be encrypted includes newly discovered formulas, financial statements, unclassified military data, and a lot more. These kinds of data need protection because they are sensitive and contain information that other entities might take advantage of or abuse.

When you encrypt a piece of information, the computer will ask you to set up a password. Once this is done, no one can access or decipher that encoded information. Even if someone else opens it, they will only find a series of garbled code that doesn’t make sense.

PS: want to know more about cryptography? Then check out our cryptography guide for beginners!

There are different types of encryption, which follow different processes. To understand how each of these processes works, we first have to look at the nature of each encryption type.

There are currently two main methods of encrypting data – symmetric and asymmetric encryption.

In this method, the person who creates the data uses a secret key to make it into gibberish. He then gives the same secret key to the receiver who, in turn, uses it to decipher the code. In the symmetric method, the sender can change the key and thereby change the results of the encryption.

Although symmetric cryptography is the oldest and most common form of encryption, there’s one problem with this method. If someone other than the intended recipient acquires the secret key, they can easily access your document. Therefore, it is essential for the sender and receiver to create a secure way of transporting the secret key.

Asymmetric encryption, or public key encryption, uses two mathematically related keys to encrypt and decrypt data. It uses a trapdoor one-way function – a function that is easy to compute in one direction but difficult to do in reverse – to keep the encryption key secure.

The trapdoor one-way function makes a value easy to compute from given data but determining that data from the value is difficult. However, if you have an additional piece of secret information, you can easily compute the inverse function as well.

Here’s an example to demonstrate how it works: y = f(x), with fas the trapdoor, is easy to compute. However, if you invert that calculation into x=f-1(y), it is difficult to solve the problem. Hence, you need some secret information which, in this case, we will call k. Then the problem y=f-1(x,k) becomes much easier to solve.

This process means you can publish your public key, which is the result of a one-way function on your private key. Reversing the process to try and determine the private key is as tricky as the mathematical problem above.

Asymmetric encryption is at work in every server that offers a secure purchase. It all happens silently in the background. You will know you’re secure if you see that small SSL lock key in your browser.

The strength of encryption is vital as attempts to steal data are becoming more frequent.  These days, many cybercriminals use a brute-force attack to penetrate security. This means that the hacker keeps trying different key combinations to decode the encryption.

Here are some of the currently most commonly used encryption algorithms and their uses:

This algorithm was the first standard the US government promoted for businesses and government agencies. However, with the introduction of new algorithms, it has become functionally obsolete. It is still in use today, but mostly in low-security applications and products with slow processors that cannot process large keys.

This is the improved version of DES and, as the name implies, it runs three phases of encryption. The first two encryption phases encrypt the data and the last one encodes the result. The key length is 168 bits, which is still strong.

Developed by two Belgian cryptographers, AES was based on an algorithm called Rijndael. It creates an encryption key of up to 256 bits,  making it the new standard of encryption. Because of performance considerations, however, the AES is usually used in either a 128-bit or 192-bit mode.

PS: Want to know more about other ways of encryption? Then check out our article about how digital signatures work?