What is a Digital Signature and How Does it Work? 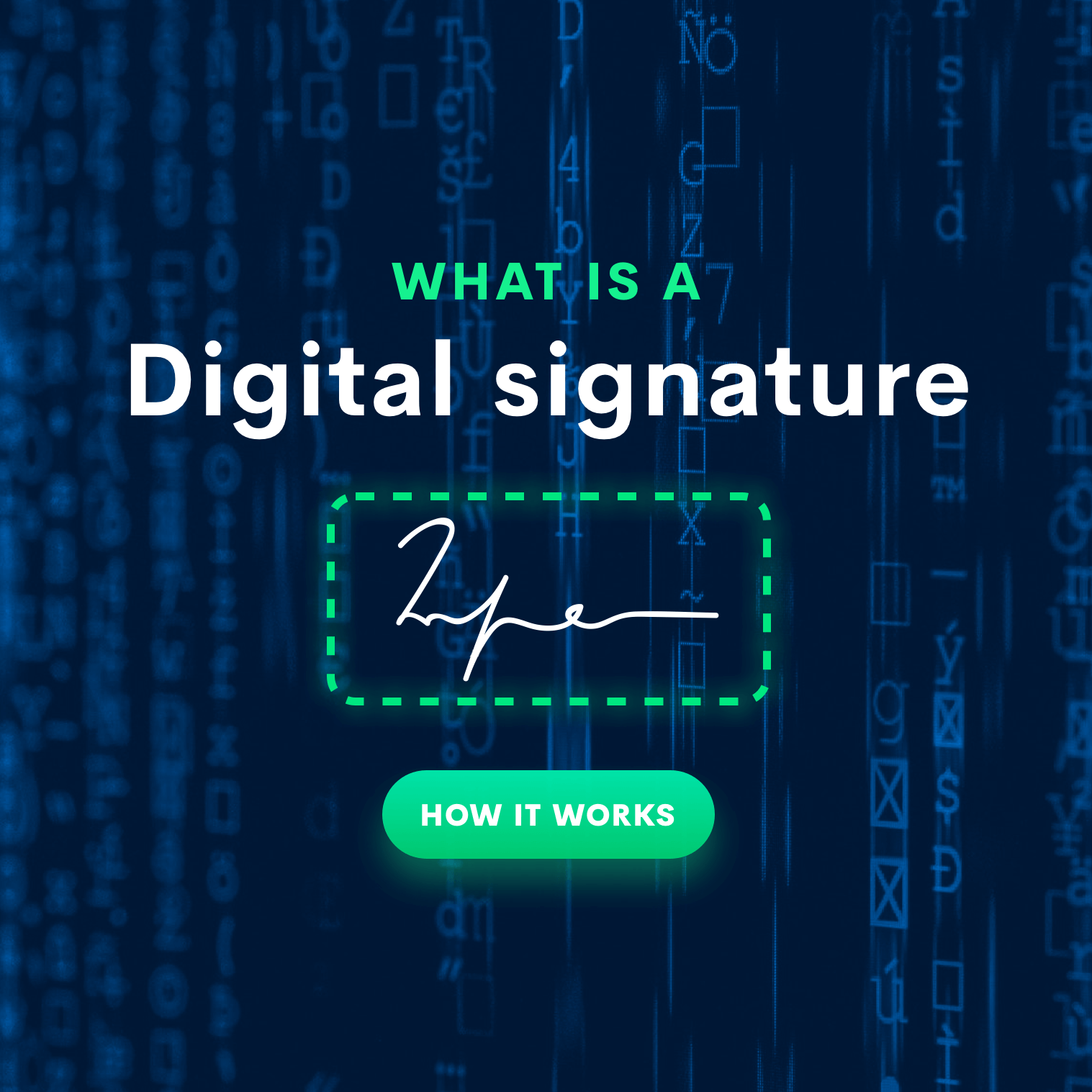 A digital signature is an encrypted electronic stamp used to authenticate digital data or information. It is created by computers using Public Key Cryptography (PKC), also called asymmetric cryptography, because it uses two kinds of keys to encrypt and decrypt the document. One is called the private key, and the other is called the public key.

What Security is Provided by Digital Signatures?

The digital signature serves as proof of the person who signed the document. No one can impersonate the sender because he alone has access to his or her private key.

The digital signature ensures that the document has not been tampered with nor altered during the transmission. If someone attempts to alter the document, the receiver’s computer will detect it because it will have a different hash than the original document.

The sender cannot deny that he is the author of the document because he alone has access to his private key. Conversely, no one can falsely claim that they authored a document signed by another person.

How Does a Digital Signature Work?

The flow of the encryption process works essentially this way:

As mentioned above, the receiver uses the sender’s public key to decrypt the message sent to him. However, before the receiver can use the public key, he needs a verification that it indeed belongs to the sender. That’s where the certificate authority (CA) comes in—it proves that the sender is indeed the owner of the public key.

The Certificate Authority has both a private and public key, which are used to sign the above data structure so that no one can alter or modify it.

There are many types of CAs all over the world. They can be industry-based, enterprise-based, national-based, or public. Public CAs might be liable for their certificates, such as following the procedures they declared when they register users for digital certificates.

Certificate authorities also operate on different levels of security based on the area they are in. In some places like the EU, CAs must comply with certain minimum standards to be certified. These standards are needed to ensure that the operations and processes are secure.